Tom Freestone was a member of the Oakleigh Amateur Athletic Club (OAAC).  Like many young men in the club, in 1942 he enlisted to serve in World War II.  Appointed to the 39th Battalion, Tom was killed in action only a month later at Kokoda, Papua New Guinea.  He had been sent as runner by his section Captain to tell his Section to retreat.

The baton on display was won by Tom in a pre-war inter-club relay race and donated by his family to History Monash Inc. 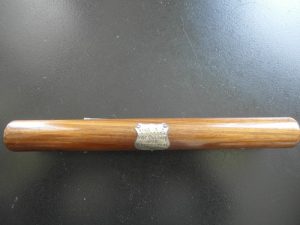